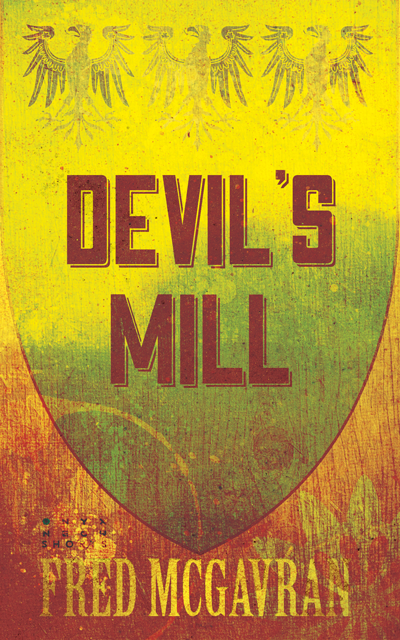 Devil’s Mill tells the story of a man who spends his entire adult life searching for the answer to a question lost in history. When we first meet Lowry Grimes he is but a child of ten, asking a firearms special about an arrowhead he found. The mystery begins to unravel as pieces begin to come to the light. Some buried, some intentionally misplaced.

This story touches on so much of what it means to live in rural America while also being about the search for lost history, growing up, and american marijuana growers. It’s a complicated and fascinating tale of loss, history, growth, and above all: discovery.

Complete Synopsis
All his life Glen Osborne, a firearms specialist with an auction house, has been looking for a Patterson Colt, the most valuable handgun in America. On a trip looking for firearms, he meets Lowry Grimes, about 10 years old, in Addleton, Kentucky when Lowry shows him an arrowhead that he found on the family farm at Devil’s Mill. The arrowhead is made of iron and is in a shape that hasn’t been used since the Middle Ages. A test on a piece of the shaft shows it is over 600 years old.

Devil’s Mill is at the highest point in the county overlooking the Cumberland Gap. Lowry’s father had been convicted of manslaughter and died in prison, possibly killed by one of the Taylor clan to avenge the relative Lowry’s father had killed. Over the years Glen meets Lowry on his trips through the area, and hears that the Taylors, living just below the Grimes may have a Patterson Colt that they still use for family business. After Lowry tells him about devil writing on a grave stone at the Mill, Osborne suspects it is Welsh and has it translated. It is the grave of John Addleton, who died on a failed expedition in 1758 to find Welsh-speaking Indians rumored to inhabit the frontier. A skull on the stone has a hole in it; Lowry says it means Addleton was murdered.

To escape the farm Lowry joins the Army, learns Arabic, and is sent to Iraq. He returns without one leg but with the drive to obtain a BA and begin work on his thesis for an MA on the Addleton expedition. He finds a neglected letter from Governor Dinwiddie to Addleton stating “Mr. Hunt expresses the greatest confidence in your ability to translate and follow Herbert’s map.” The rest of this mini-epic is about the search to discover who Mr. Hunt and what Herbert’s map are, and how they relate to the seemingly mad expedition to find Welsh-speaking Indians.

Archaeologists disinter Addleton’s skeleton, finding a bullet hole in the skull and a map in Arabic showing the way to “the City of Madoc,” the Welsh prince who supposedly came to America in the 12th century, and a series of mathematical equations. Seeking more information about Dinwiddie in England, Glen discovers that Hunt was an 18th century professor of Arabic at Oxford, and that Herbert was a 17th century Englishman who had found an Arabic  manuscript in Persia that showed the nations of the world and their capitals, expressed in algebraic equations. Herbert concluded from common words in Welsh and Aztec and other Native American languages that Madoc had discovered and attempted to colonize America. The story ends violently in a way that prohibits the discovery of the Welsh at Devil’s Mill and the Taylors’ Patterson Colt from ever being told.

Want to learn more about Fred McGavran? Check out his author profile.

If you choose to buy it from us directly, and need help figuring out how to upload the .epub or .mobi to your device please head over to our helpful little guide.